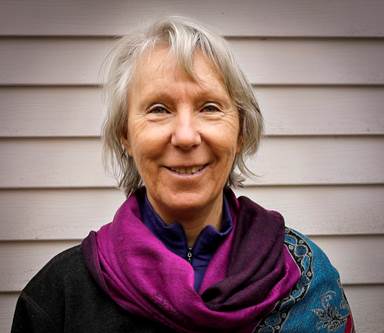 Chantal is a 72-year-old woman who was originally diagnosed with breast cancer in July 2012. She took alternative measures including Blu Room treatments once or twice per month but the mass did not resolve.

In May of 2016, the tumor in the left breast showed lymphatic invasion and progression of the disease. Chantal proceeded with bilateral mastectomy in early June.

After the surgery she took a hormone receptor blocker and had radiation therapy, but no chemo. Nodules appeared and disappeared in her lung and she developed a lesion in her left femur that remained. These indications of metastases indicated her disease had progressed to Stage 4.

Throughout 2017, Chantal did more alternative therapy during which all lung nodules disappeared.

In July 2018, a chest CT scan showed four new nodules in the lungs. Chantal still had the ongoing lesion in the femur. She still only wanted to do alternative therapy.

In August 2018, Chantal began treatment in the Mercy Blu Room program with 3 times weekly sessions. In addition, she was treated with other alternatives like bioregulatory peptides and natural anticancer compounds. She had a follow-up PET scan in January 2019 which showed no abnormal metabolic activity in her body, indicating resolution of all metastatic disease.

Chantal was able to achieve remission several times through the last seven years through the power of her mind with the help of multiple alternative treatments.  She knows none of the treatments would have helped if she had not addressed the attitudes she needed to conquer.

Chantal is confident her journey with cancer is permanently finished. To others on the healing journey, Chantal says, “Dig deeper and don’t give up!”

Blu Room is an internationally registered trade and service mark of JZ Knight. Used with permission. US Pat. No. 9,919,162. Testimonials are not intended to make claims or even imply that the Blu Room can be used to diagnose, treat, cure, mitigate or prevent disease. Testimonials have not been evaluated by the FDA or any other regulatory entity. Blu Room Enterprises, LLC makes no representations or warranties as to results, which may depend on numerous factors beyond the control of Blu Room Enterprises, LLC.