Patience for Healing after a Cardiac Arrest 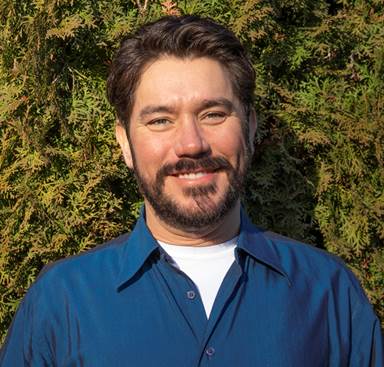 Alejandro is 50 years old. In April 2017 he had a sudden cardiac arrest while driving his car which led to a crash. He was resuscitated and transported to a hospital where he was diagnosed with heart muscle weakness causing congestive heart failure with a heart pump function of 12 percent (60 percent is normal).

Alejandro had recurring dangerous ventricular fibrillations, a type of heart rhythm abnormality that can cause sudden death. A defibrillator was implanted and he was started on multiple heart medications.

After two years of medications his heart pump function increased to 27 percent. Even with all the medications, Alejandro was not feeling better. He had dedicated his life to understanding the capacity of the mind to affect matter and so he applied all of the tools he had learned at Ramtha’s School of Enlightenment for his healing.

In January 2019 Alejandro joined the Mercy Blu Room Program. His doctors previously told him that stress was a major contributor to his condition, and he understood that he needed to improve his ability to detach from strong emotions. He stated, “I have been like a kite of emotions flying intensely in stormy winds. The Blu Room and RSE’s disciplines of the mind helped me to become free of those stressors.“

The Blu Room sessions uplifted him, brought him intense lucid dreams, a clarity of ideas, and a newfound creativity that beneficially affected his work and teaching abilities. Alejandro described it as the lifting of a fog that had been blocking his creativity. Symptoms of blurry vision that had been occurring for a couple years resolved completely after a Blu Room session in October.

Blu Room sessions were like a nutrient to Alejandro. Deep changes were occurring in subtle ways. He felt a pathway of healing grow like the effects of a homeopathic remedy and he needed to develop the patience to allow its gentle nuances to unfold within him.

While on this journey with the Blu Room, Alejandro‘s symptoms of congestive heart failure disappeared. Previous experiences of shortness of breath with exertion and recurrent lightheadedness completely resolved, even though his heart pump function or medications has not changed.

In small steps, little by little, Alejandro now has the patience and the trust to allow the healing journey to happen.