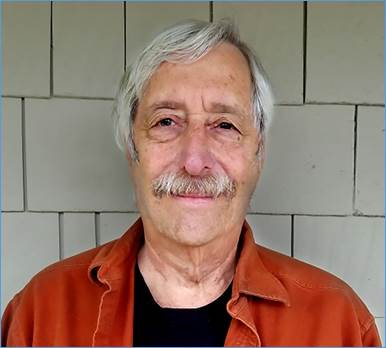 I had been a Blu Room patient at Absolute Health Clinic in Olympia, WA visiting on a monthly basis since it first opened in May of 2015.

In May of 2016, I was tentatively diagnosed with cancer from an enlarged lymph node on the left side of my neck. Biopsy was inconclusive so surgery was performed which came back positive for squamous cell carcinoma in that node and left base of tongue. A PET scan in June confirmed cancer present only at base of tongue; no other lymph nodes involved except the one already removed.

I attempted one chemo but had an allergic reaction. In August, I started a series of 35 radiation treatments over seven weeks. I also took tinctures daily: dandelion root, red clover, and graviola along with cannabinoid oil to back of tongue. I upped my Blu Rooms to weekly during the radiation treatment

I was informed by the doctor that this was an extremely painful radiation. I was prescribed oxycodone and told I could refill if needed. I was also told I could have eating difficulties and might require a feeding tube. I have been a student in Ramtha’s school since 1998 and knew that my attitude would also affect treatment.

A friend and fellow RSE student had previously had breast cancer and she continued to work her business during her treatment so I listened closely to her advice. She said I first needed to ask my god why I had received this gift (I did and eventually received answer) and most importantly I had to love my cancer into remission which I also did. Karen Yule where I got my tinctures gave me a book on laughter and said I must laugh daily.

I must have been a good patient because I never used the oxycodone. I kept my weight stable from week three through week six and according to the cancer doc, I was already healing at week five with two more weeks of radiation still to go. I feel the Blu Room played a significant role in my treatment, and in a painless manner with which I persevered.

In the two weeks after my radiation treatments ended I had five more Blu Room sessions. Two months later, a PET scan on December 26, 2016 showed me cancer free. I have since been told by another doctor that if they could bottle whatever I did it would be worth millions and another doctor say don’t tell people how easy it was for you because most people go thru hell. This was ENT doc who originally found the cancer, who it turns out had told my wife privately that if I didn’t do the chemo and radiation I would die. The jokes on him!

The Blu Room was a key component in my recovery and treatment and I cannot thank the AHC staff enough. It is now three years since I started my treatment and I have talked with many other cancer survivors –  about my approach as a longtime student in Ramtha’s school, my lack of pain, and how quickly I healed. What really came to light as I talked was that while still undergoing treatment at 5 weeks, the doctor told me I was already healing. That and the use of only 2 Tylenol where the norm is high doses of oxycodone could only be explained by my use of the Blu Room.