TESTIMONIAL Free from the victimization I had felt all my life… 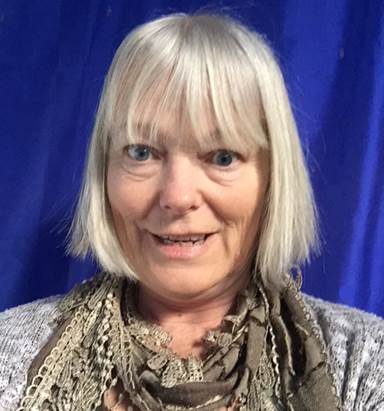 As the manager of The U Wellness Center, I began to do one Blu Room session a week starting in December 2015. The following summer a client came in very excited that she had had no seasonal allergies since she started regular Blu Room sessions. It was not until she mentioned it I realized I to had not had any seasonal allergies that year (or since). The first time for 36 years.

I continued to use the Blu Room regularly, increasing to twice and sometimes three times a week. I did not have any major physical issues to deal with so I used my sessions to focus on attitudes that were impacting my life.

Occasionally I have had moments of pure inspiration other times I have been presented with answers to knotty problems. I have left my body numerous times and it has definitely increased my psychic ability. However, the stubborn victim attitude kept rearing its ugly head.

A few days ago I was in a group of people discussing the reasons why we freeze up when questions are asked. I offered the observation from personal experience that lack of confidence stemming from fear of judgement plays a large part. I shared that I had not always been self-confidant, indeed up until my mid-twenties I had zero self-confidence or self-worth. Forty years personal development has helped me to learn to love and accept myself.

It was at this point that another member of the group who was aware that my father was a hands-on healer, my mother was a medium, and that our childhood dinnertime conversations often included discussions on life after death and reincarnation asked me, “With such enlightened parents where do you think your lack of self-confidence came from?”

It took me a moment to answer. I was trying to think why on earth I would have a lack of confidence. Eventually my brain connected with the answer. “I grew up with a mentally ill mother.”

This story is not new. I have known this answer for many years. I have even come to the place of forgiving my mother and developing deep compassion for her, even finding myself honoring her for her strength and tenacity to finally get herself off the prescription drugs she had been on for twenty years.

I contemplated what had just happened on my drive home and realized that what was new was the fact that I had zero emotion, judgements, or opinions on my very formative experiences in childhood. I was totally detached. It was like they all happened to someone else rather than me.

What I had focused on regularly in the Blu Room, unwinding my past, had manifested. I was finally free from the victimization I had felt all my life. It had been lodged on a cellular level. Mentally I had been able to reason what had happened. I had also been able to recognize the enormous gifts I had gained from it that have helped me greatly in my adult life. Yet despite constant vigilance that little victim would raise its head at every opportunity. Now it has been unwound on a cellular level too and I am free.