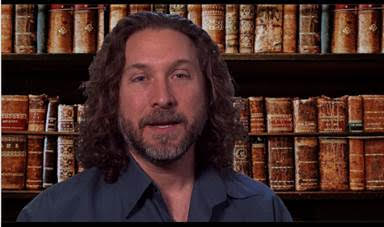 Jaime is 44 years old and has had a history of Type 1 diabetes since Age 24. Over the last 20 years his diabetes has been poorly controlled as reflected with high Hga1c values. HgA1c is a maker for average blood sugars over the last 3 months, the higher the value, the higher the average amount of glucose in the blood.

With averages of 10.7 like Jaime had often blood sugars after meals can reach values over 400 which can become dangerous for the individual.

The correlation of Blood glucose and Hga1c is illustrated in this table:

Over time the high blood sugars cause chronic changes in the walls of small blood vessels through the cascade of chronic inflammation, hence causing diabetic and accelerated aging complications like eye damage potentially leading to blindness, reduced kidney function, neuropathy which is nerve damage in extremities leading to numbness and pain and significant increase in risk of cardiovascular diseases like high blood pressure, heart attacks and strokes at a premature age.

Due to Jaime’s diligent work on personal healing, he remarkably has not developed any of the severe chronic diabetic complications that usually occur with Type 1 diabetes in patients with such longstanding uncontrolled disease.

Throughout his life, Jaime noticed that increased stress would make his blood sugars more uncontrolled and in turn, fluctuating blood sugar levels made his emotional state more labile. He is very clear that stress causes higher blood sugar values and increased low blood sugars emergencies. This is very consistent with research in brittle Type 1 diabetes in which patients suffer from erratic fluctuations of blood sugars from extremely low to extremely high. Research has shown that stress, depression and anxiety can make it difficult to control Type 1 diabetes. Stress can lead to acute resistance to Insulin, meaning the body is not responding to the Insulin therapy given. This effect can come on and disappear quickly and without warning, making it a challenge when needing to judge accurate insulin doses.

Studies have shown that treatment of depression and stress reduction through mindfulness techniques appear to help with these extreme fluctuations in Type 1 diabetes.

Jaime has been on twice a day long-acting insulin Lantus 20 Units in the morning and 14 Units in the evening and he uses 2-3 units of regular insulin with each meal, averaging 5 Insulin injections per day.

For a period of a few years, Jaime also took Blood pressure and cholesterol medications. In July 2017 his HgA1c was 9.5 indicating an average blood sugar of 226.

Jaime started using the Blu room in the last several years but sometimes did not go regularly. Even with less regular use, he was able to wean off Blood pressure and cholesterol medications, but his blood sugar control did not significantly change and remained uncontrolled.

Then in September 2017, he started going to the Blu room 3 times a week consistently. After this increase in maintenance Blu room use, he noted that his blood sugars stayed much more stable throughout the day and were in goal ranges in the mornings. Jaime felt that with the increase in his Blu room use he was able to cope with his stress level much better and noticed increased emotional stability, tranquility and deepened spiritual experiences. After Jaime noticed that his blood sugars in the mornings remained in a normal range, he was able to gradually decrease his long-acting insulin doses by up to 20% of his usual dose and maintain same levels of good glucose control, indicating that the Insulin he took was able to be utilized more efficiently. He also noticed fewer problems with extreme blood sugars, either high or low. Meanwhile, his lifestyle, eating habits, stress exposure, exercise levels – factors that can affect blood sugars, did not change.

Jaime had a repeat test 11/30/17 which was 7.1, indicating a blood glucose average of 154. This was an event that has never happened before in his 20-year journey of having Type 1 diabetes and medically is difficult to achieve in someone with his history unless using a continuous insulin pump. Given that he changed nothing other than using the Blu room regularly – this is a remarkable result.

Over the last few months, Jaime has been dealing with increased stress and his blood sugars have been going up again. He now has the experience and understanding that the maintained harmony and diminished stress response in his body over an extended period is what has allowed to regulate his blood sugars to this all-time low result – but it must be maintained by him. Jaime is determined to get back to using the Blu room 3 times a week regularly, so he can continue his improvement. He understands by personal experience that his journey requires patience and long-term commitment to ongoing self-care without a set time limit looking for instant results. Individual Healing comes in its own time and the importance of maintained stress reduction causing long-term harmony in the body cannot be overemphasized. Experiencing now through the Blu room that healing his Type 1 diabetes is no longer an elusive dream gives Jaime huge confidence and acceptance for further healing.

Blu Room is a trademark and service mark of JZ Knight. Used with permission. US Patent No. 9,919,162. Testimonials are not intended to make claims or even imply that the Blu Room can be used to diagnose, treat, cure, mitigate or prevent disease. Testimonials have not been evaluated by the FDA or any other regulatory entity. Blu Room Enterprises, LLC makes no representations or warranties as to results, which may depend on numerous factors beyond the control of Blu Room Enterprises, LLC.