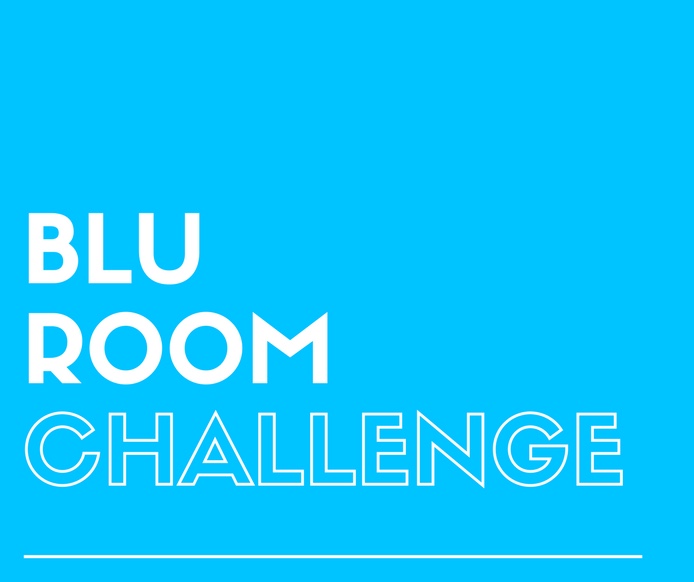 We are going back a bit to share our first Blu Room Challengers experience, just in case you missed following the updates on Facebook. For the Challenge, we asked for 3 individuals that would be willing to share their past story and experience for the duration of the 12 total Blu Room Sessions that would be completed over a 3-4 week time frame.

Sheryl is a 44 yr old female who was diagnosed with Lyme disease and has been bed ridden on and off since the tick bite. She can go nights without sleep due to severe pain. Sheryl is hopeful that the Blu Room will help reduce her pain, inflammation, improve her quality of sleep increasing her energy level and overall balance of emotions.

David is a 56 yr old Veteran who’s had his large intestine removed as well as two spinal fusions while serving his country. Since leaving the military David has struggled with depression, daily pain and headaches. David reports that he is merely existing. What he wants most of all is to have the desire to live again – to be able to fully enjoy his wife and new grandson.

Carol is a 57 yr old female diagnosed with Leukemia and an enlarged spleen. She has received radiation to treat her spleen and is currently receiving chemotherapy 3 times a week for Leukemia. Carol currently is experiencing fatigue and has a rash on her legs. She would most like the Blu Room to help support her immune system as her body detoxifies and restore her overall health.

Sheryl : I would say I am fairly happy with my first week of the Blu Light Room. I had a herxheimer reaction (“A die-off reaction, also called a Herxheimer reaction, can occur when treating the Lyme germ, some co-infections, and yeast. It occurs as bacteria or yeast die during antibiotic treatment.”) after my second treatment and a very mild herxheimer after my third treatment but I am feeling pretty good. I slept great the first 2 nights after my first treatment but not so great since, but I was having the herxheimer reaction so that is pretty normal for me. I do feel I’ve had some more energy and am excited to see what the next sessions bring.

David : He has reported after each session decrease of overall pain and depression levels. Upon David’s third treatment day he came in with a throbbing headache it was non-existent after the Blu Room session. Reported having the best nights sleep in months or even years after the second treatment. “As always, it is a nice, calm, peaceful experience. It has helped already.”

Carol : This week I have felt better than I have in 2 months. After the first session on Monday I had more energy and felt like doing things I hadn’t in awhile. On Wednesday after chemo I didn’t have the fatigue I normally had after treatment and didn’t even need a nap that day. The rash on my legs is slowly going away and I overall I just feel good. My mind feels clearer and I have a more positive attitude about my health. Looking forward to this coming week.

Shery : After 6 sessions, I am starting to see healing signs in my body. I have a neuroma on my thumb from an injury back in June and since starting the Blu Room I have noticed it has less pain and I am finally making progress with physical therapy for it. Anything I used it for I would have sharp pains in it and while I still have the pains occasionally it is much less now. I also had a sore on my arm that wasn’t healing regardless of what I did (I was finally thinking I needed to see a dermatologist for it) and now it is completely healed. I love how I feel and the energy I have after my sessions. I haven’t seen a huge increase in energy all of the time yet but I do notice small signs of healing happening in my body and that is exciting to me!

David : Shared that he’s been out and about more in the last week plus and been headache free over a week. Excited for the positive results… During his sessions he has also noted he’s able to let his mind go and went to a nice peaceful trip, feels completely relaxed and totally recharged after his Blu Room sessions, and has an open mind, open spirit.

Carol : This week has been another really good week for me. I was a little disoriented on Monday after the first visit of 6 minutes of the blu light, but that evening I was so focused I got things organized that I had been dreading doing. I have been a lot clearer in my thoughts and have felt like doing things again. I continue to have much more energy than before and just feel more like myself. The fatigue is basically gone after treatment and it feels so good to be able to watch my granddaughter play soccer, go out to lunch with friends, or help my son get things ready for some renovations. I don’t think I knew how really bad I felt until I started feeling better.

Sheryl : This week has brought a difficult week for me. I think my body has been working super hard to heal and I have been extremely fatigued and not feeling well. I have several hours of great energy after my sessions and get extremely tired in early evening. I do love how relaxed I feel after a session. I wish it would stay all day, but I am hopeful with future sessions that will happen! Sheryl has remained at 3 minute session through week 3 as she has consistently experienced healing shifts, so opted not to move up in time.

David : At the end of the third week David gave us the following feedback from his week. My depression is much better, headaches are almost non-existent, and my sleeping has doubled in length and consistency all night (originally reported CPAP registered approx. 3/4 hours before awaken last was reading 7 hours and 45 min). “(I) always feel better and more relax after my session.”

Carol : I have had another really good week. My energy is still really good and I have been able to participate again in things that I had let slip because I was just too tired. I have noticed that my spleen has shrunk a little which is great. My mind is clearer and I get a lot more things done and I feel more like myself. At the beginning of the week Carol noted, “I just feel better overall since coming here.”